Samora Pinderhughes is a composer, pianist, and vocalist known for striking intimacy and carefully crafted, radically honest lyrics alongside high-level musicianship. He is also known for his use of music to examine sociopolitical issues and fight for change. Pinderhughes has collaborated with many artists across boundary and scene including Herbie Hancock, Sara Bareilles, Daveed Diggs, Titus Kaphar, and Lalah Hathaway. He works frequently with Common on compositions for music & film, and is a featured member on the new albums August Greene and Let Love with Common, Robert Glasper, and Karriem Riggins. He has performed his compositions in venues including Carnegie Hall, MoMA, the Sundance Film Festival, and the Kennedy Center, and toured internationally with artists including Branford Marsalis, Christian Scott, Jose James, and Emily King. Pinderhughes is the first-ever Art for Justice + Soros Justice Fellow, and a recipient of Chamber Music America’s 2020 Visionary Award. He is a graduate of The Juilliard School and is currently getting his PhD at Harvard University. Samora scored the award-winning documentary Whose Streets? and the Field of Vision film Concussion Protocol, as well as writing songs for films and TV shows including Little Voice, The Tale, All About Nina, and Burning Sands.He is a member of Blackout for Human Rights, the arts & social justice collective founded by Ryan Coogler and Ava DuVernay, and was musical director for their #MLKNow and #JusticeForFlint events.

The Healing Project is a boundary-breaking multidisciplinary music, film, and installation project exploring the realities of incarceration, policing, violence, and detention in the United States. The central material is found in recorded collaborative exchanges which serve as the melodic and narrative underpinnings of the pieces. The Healing Project uses music, film, and people’s stories in their own voices to unveil the true damages of American carceral institutions, and then engages alternative ways for us to protect, heal, and support each other outside of these oppressive systems. 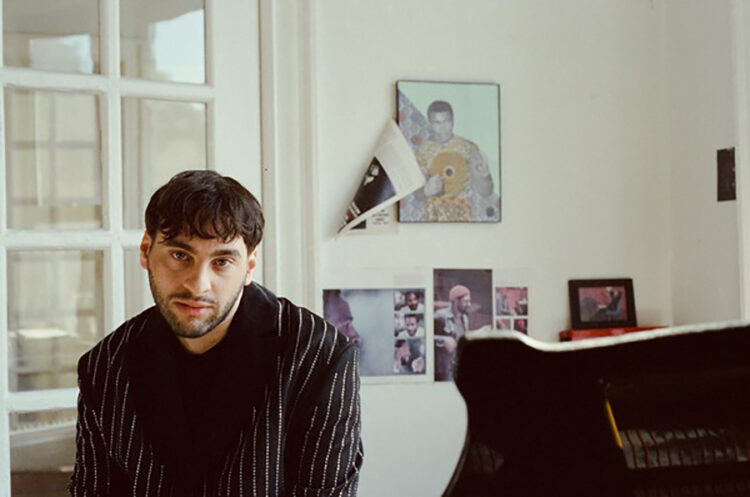 Creative Capital spoke to Samora Pinderhughes about the premiere of his Creative Capital Project, The Healing Project—a multidisciplinary music, film, and installation work exploring the daily realities of violence, incarceration, detention, and policing in communities across the US.