Dan Schneidkraut is a writer/director/editor and sometimes camera operator based in Minneapolis, Minnesota.

Vore King is a detailed portrait of R.P. Whalen, world famous horror host, trash movie guru, carnival sideshow barker, and America’s premier purveyor of vorarephilia pornography. Vorarephilia, popularly known as “vore,” is a sexual fetish where arousal is brought about by the act of one creature consuming another creature, most commonly manifested by monsters eating women. This film follows Whalen’s process of conceiving and constructing an array of vore creatures while he rekindles a bond with his elderly father and battles the demons of suburban Milwaukee. Vore King features interactions with R.P. Whalen’s actresses (affectionately known as “La Vore Girls”) and family, as well as a rare glimpse into the production of vore film and the mind of a magical (and volatile) super genius.

Vore King premiered in 2017 at Alamo Drafthouse in Brooklyn. 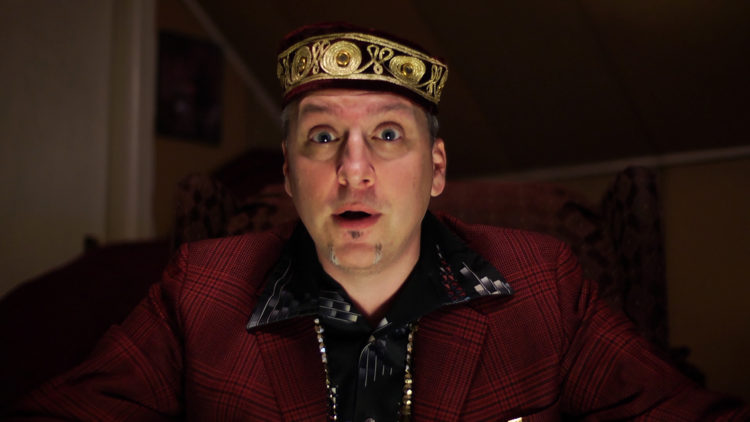 Dan Schneidkraut is a writer/director/editor and sometimes camera operator based in Minneapolis, Minnesota. A recipient in 2010 and 2016 of a McKnight Fellowship for Media Arts and the 2015 Creative Capital Award, he has been recognized primarily for his experimental narrative projects—Seeking Wellness, Invincible Force—but recently delved into the documentary form with a personal exploration of fatherhood and the death of record stores entitled Old Man. His work has been called “very peculiar,” “unsettling,” “uncomfortable to watch,” “sublime yet terrifying,” “stunningly depraved,” and  “the kind of thinky/sadistic exercise that even the dark prince of psychological horror Michael Haneke might find difficult to watch” (City Pages, 2008). Dan’s most recent project, a feature documentary entitled Vore King, is a detailed portrait of the world’s most prolific creator of carnivorous sex monsters.