This feature-length documentary film (co-directed with Bill Siegel) follows the rise and fall of the Weather Underground–a group of several hundred young women and men who tried to violently overthrow the American government during the late 1960s and 70s. Outraged by the Vietnam War and racism in America, the Weathermen battled police in the streets, bombed the US Capital and two dozen other buildings, and broke Timothy Leary out of prison. For almost a decade, they lived underground and evaded one of the largest FBI manhunts in US history. In this film, former members of the Weather Underground—including Bernardine Dohrn, Mark Rudd and a number of others—speak candidly about their own thoughts and experiences, many for the first time ever. What drove the group to embrace violence? How did violence effect their cause? How did it change them? And how do they feel about their actions thirty years later? 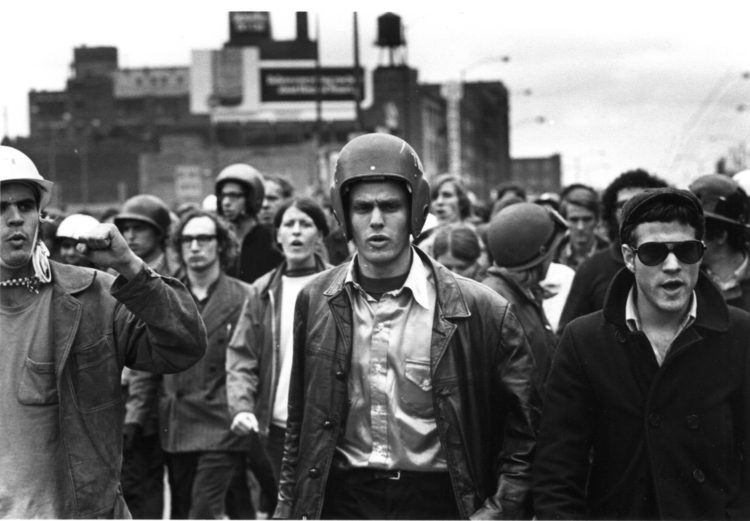 Sam Green speaks about his documentary about the Weather Underground whose story provides a complex, yet instructive example of what happens when a group decides peaceful protest isn’t enough. Sam Green is a New York-based documentary filmmaker. He received his Master’s Degree in Journalism from University of California, Berkeley, where he studied documentary with acclaimed filmmaker Marlon Riggs. Green’s recent projects are the “live documentaries,” The Measure of All Things (2014), The Love Song of R. Buckminster Fuller (2012), and Utopia in Four Movements (2010). With all of these, Green narrates the film in-person while musicians perform a live soundtrack.

Green’s 2004 feature-length film the Academy Award-nominated documentary The Weather Underground, tells the story of a group of radical young people who tried to violently overthrow the US government during the late 1960s and 70s. The film premiered at Sundance, was broadcast on PBS, included in the Whitney Biennial, and has screened widely around the world.

Green has also made several short documenatries and has received grants from Creative Capital, Rockefeller and Guggenheim Foundations, as well as the National Endowment for the Arts.