The Loste Note investigates aphasia, a neurological condition in which the language centers of the brain are damaged, usually the result of stroke. Aphasics struggle to understand and produce language, even though their personalities and intellects are often unaffected. Kerry Tribe attended weekly meetings of aphasia support and reading groups over a period of several years. The centerpiece of the exhibition is The Aphasia Poetry Club, a 30-minute, 60-foot wide, three-channel video narrated by three aphasic collaborators that Tribe met in the groups. As they share their thoughts and stories, their words trigger elaborate arrangements of character animation, still photographs and filmed footage. The exhibition also includes a sprawling installation of sculptures, prints and plants that echo and reconfigure the film’s production as well as its content. Warped C-stands, apple boxes and light-diffusing equipment (things usually found on a film set) are here rearranged in hallucinatory tableaux.  Tribe’s work not only articulates the condition of aphasia, but “produces” aspects of the aphasiac experience by playing with the association/dissociation of images, speech, words and meaning. 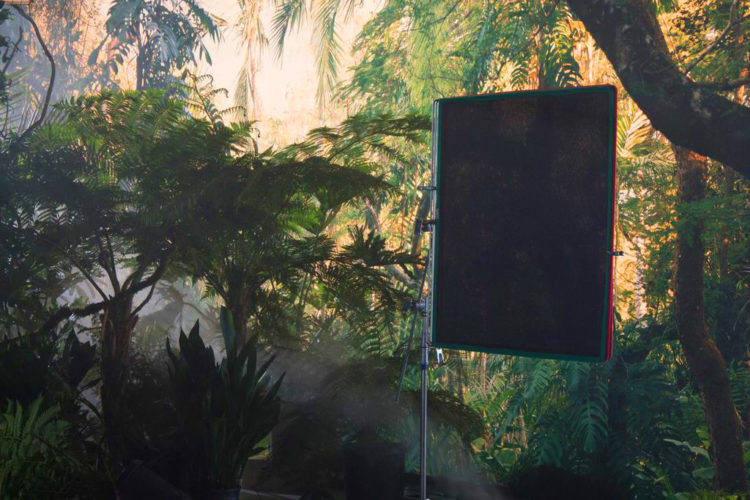 Kerry Tribe has spent her career examining notions of memory and subjectivity through art works. We spoke to her about her project, The Loste Note, centered around the aphasic community. Kerry Tribe’s film, video and installation works explore issues of memory, subjectivity, perception, and doubt. Intensively researched and rigorously crafted, her large-scale projects suggest that time-based media may be capable of mirroring cognitive processes in expansive and generative ways. Tribe’s work has been the subject of solo exhibitions at the Camden Arts Centre, London; Modern Art Oxford; Arnolfini, Bristol; and the Power Plant, Toronto. She has exhibited at the Hammer Museum, the Whitney Museum of American Art, the Hirshhorn Museum and Sculpture Garden, The Tanks at Tate Modern, the General Foundation and Kunst-Werke Institute for Contemporary Art, among others. She completed the Whitney Independent Study Program, and is a U.S. Artists Fellow and a fellow at the American Academy in Berlin. She received a BA from Brown University and an MFA from UCLA.