Refugee is told from the viewpoint of young Southeast Asian-Americans, born in Vietnam, Cambodia, and Laos, who fled to America. The last of a transitional refugee generation born in Southeast Asia, they have younger American-born sisters and brothers and are now beginning to raise American children of their own. Their earliest childhood memories and the cultural traditions of their parents link them to a home of the past, but their future is in the United States. 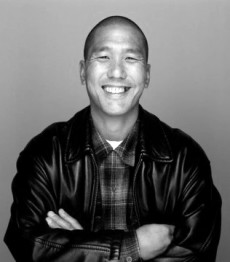 Spencer Nakasako has worked in the Southeast Asian communities of San Francisco and Oakland, training at-risk refugee youths to make films about their own lives. He is best known for his National Emmy Award-winning documentary a.k.a. Don Bonus and his film Refugee won the Inspirational Film Award at the Hamptons International Film Festival. Nakasako’s Kelly Loves Tony was nominated for Best Feature by the International Documentary Association. In addition to teaching film in the Ethnic Studies Department at the University of California at Berkeley, he has also had artist-in-residencies at the Walker Art Center, the Virginia Foundation for the Humanities, the University of Toronto, and Stanford University.