Make. Believe. is an evening-length, multimedia movement that reunites poet/performance artist Queen GodIs and choreographer Makeda Thomas, retracing and recreating moments from the space/time lapse since their first encounter. Using science fiction as a storytelling tool, Make. Believe. will create a dream state of dance, poetry, visual art, music and food, engaging the audience in a journey through the untold histories of each collaborator. 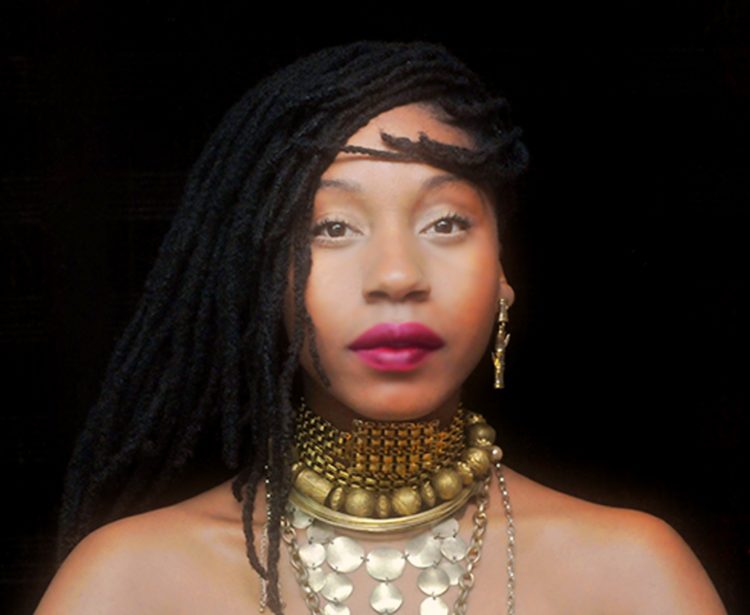 Queen GodIs’s artistic practice crosses many disciplines from performance to hip hop to art therapy. On April 9th in Brooklyn, she’ll bring many of these disciplines together for an event exploring women and gender non-conforming MCs. We asked her a few questions about her practice and the event. Queen GodIs is a poet, performance artist and art therapist who serves a host of communities seeking transformation through art. With a holistic approach to content and development, her interdisciplinary work engages audiences in dialogue and activism that extend beyond the page and stage. Queen has written and performed three off-Broadway shows (w/ LaunchNYC, Hip Hop Theater Festival and New York Live Arts), produced an album (Power U!) and been published in several international literary anthologies. She has headlined at venues including the Brooklyn Academy of Music, Nokia Theater, Chicago Merle Reskin, Lincoln Theater, Brooklyn Museum, Kennedy Center and toured throughout Europe, South Africa, India and the Caribbean. Her creative process has been documented by MTV, NPR, BBC, WBAI, MSG Network, Channel 13 and the HBO series “Brave New Voices.” Queen is currently completing two books, an album and a multi-disciplinary, multi-media sci-fi performance inspired by the work of Octavia Butler and supported by the 2013 Creative Capital Award.

Makeda Thomas is an artistic director, dancer and choreographer who has emerged as a leading voice in dance performance, education and artistic curation on three continents. Her work has been presented throughout North America, Africa and South America. In 2005, Graca Machel, Former First Lady of South Africa and Mozambique, was the Honorary Patron of her internationally acclaimed work, A Sense of Place, which was recognized by a commission from 651 ARTS. Her 2008 solo, evening-length work, FreshWater, was embedded in MIT’s Black Matters: Introduction to Black Studies and toured throughout the U.S., Mexico, Zimbabwe and Trinidad. Thomas has served as a cultural envoy for the U.S. Department of State and is the director of the Dance & Performance Institute. As a dancer, she has performed internationally in the companies of Ronald K. Brown’s Evidence, Urban Bush Women and Rennie Harris’s Puremovement. She holds an MFA in Dance from Hollins University and continues to create and perform internationally, splitting her time between New York City and Port of Spain, Trinidad.