The Girls project was presented at the High Museum in Atlanta, GA. Produced by Mary Ellen Strom with eleven girls ages 13-17, the installation used the context of the museum to speak about the girl’s position in our culture, their bodies as sites of political struggle (which they experience daily), their individual ideas about ways they wish to be seen and heard, and their survival. The young women stood on pedestals and performed stepping sequences while video was projected onto the many surfaces of the museum’s atrium. The work involved time-based elements that occurred simultaneously and cyclically over a two hour time frame creating the opportunity for the images, ideas, and voices within the works to intersect and collide. The installation was designed for the audience to walk through, as opposed to experiencing it from its edges. 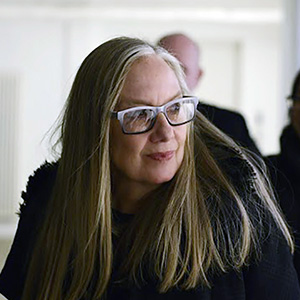