Ghost Architecture is an aerial dance installation by choreographer and artistic director of Zaccho Dance Theatre Joanna Haigood with sculptor and set designer Wayne Campbell. This work investigates the role and presence of the past by examining the relationship between time and space as they are defined and informed by the local architecture. Ghost Architecture focuses on the buildings that previously occupied the site of Yerba Buena Center for the Arts’ Forum in San Francisco. Although these buildings are long gone, their architectural coordinates are forever documented and still very real. Researching the architectural records, coordinates and structures of the previous and existing buildings enabled Haigood and Campbell to construct an aerial three-dimensional dance installation, engaging the audience with a new perspective of time and space. 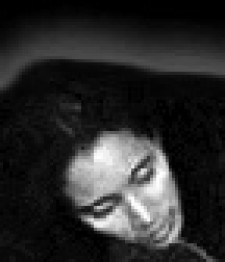 Joanna Haigood moved to the San Francisco Bay Area from New York in 1979 and co-founded Zaccho Dance Theatre. Her work has been commissioned nationally and internationally including the National Black Arts Festival, Festival d’Avignon and Festival d’Arles in France, Jacob’s Pillow, the San Francisco Art Commission, and Kaatsbaan International Dance Center, among others. She has taught aerial and contemporary dance forms for over 25 years and was an Artist in Residence at the Center National De Danse Contemporaine and the Centre National des Arts du Cirque in France, the Laban Centre in England, the Headlands Center for the Arts, Spelman College in Atlanta, Stanford University, and at the Exploratorium. Haigood has also received numerous fellowships for her work as a choreographer and director, including the John Simon Guggenheim Memorial Foundation, the National Endowment for the Arts, the W.A. Gerbode Foundation, the Irvine Foundation, and Meet the Composer. She has been also been honored with three Isadora Duncan Dance Awards for performance and visual design and a Cal Arts/Alpert Award in recognition of her contribution to the field of dance.