Electric Lucifer reanimates Bruce Haack’s visionary song cycle from the 1970s, The Electric Lucifer Part 1 and Part 2, as a futuristic, music-driven performance for a 21st-century audience. Haack’s songs focus on the fallout of a war in heaven that resolves with the redemption of Lucifer and his angels through ”power love,” a technologically energized form of love. This project intends to render Haack’s allegory as a starkly modern cultural dilemma that impacts the audience’s own hopes and dreams for who we are now and what we might become. In a world constantly on the brink of both disaster and transcendence it asks, which side are you on?

Jim Findlay premiered his project at the Kitchen in New York in 2018.

Jim Findlay presents his project at the 2016 Creative Capital Retreat 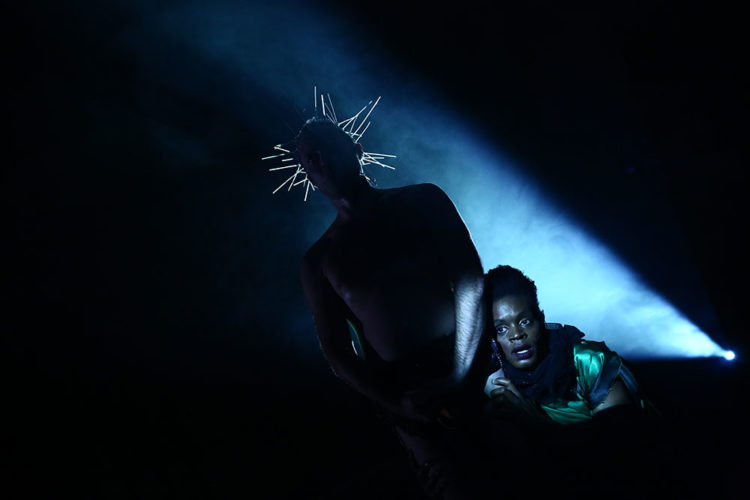 Crowdfunding Your Project with Jessica Massart of Kickstarter

As Senior Performance Lead at Kickstarter, Jessica Massart oversees theater, dance, and performance-at-large. Part of her role is to ensure artists and organizations are prepped for success on Kickstarter while advocating for their needs, as well as the larger needs of the field, within the company.

Even if you’ve never heard of the electronic musician Bruce Haack, there’s a good chance the songs you listen to have been influenced by him—he did pioneering work in the ’60s and ’70s on vocoding, autotuning, loops and synthesizers. Now, Jim Findlay’s Creative Capital Project, Electric Lucifer, pays tribute to Haack with an electronic rock opera that will premiere at The Kitchen. The live performance is inspired by Haack’s album of the same name, as much as it is an exploration of this cult figure’s complicated biography. Electric Lucifer will premiere at The Kitchen in New York Jan 9-13, 2018. We spoke to Jim to find out more about the project, the cult figure Bruce Haack, and Jim’s 20 year obsession with this enigmatic character. Jim Findlay works across boundaries as a theater artist, visual artist and filmmaker. His recent work includes the productions Vine of the Dead (2015), Dream of the Red Chamber, a performance for a sleeping audience (2014) and Botanica (2012), which he later adapted to 3D film (produced by 3LD Art+Technology Center). In 2013, he directed and designed David Lang’s Whisper Opera for Chicago’s Museum of Contemporary Art and Lincoln Center’s Mostly Mozart Festival and it continues to tour internationally. His video installation Meditation, created in collaboration with Ralph Lemon, was acquired by the Walker Art Center for its permanent collection in 2011. Findlay was a founding member of The Collapsable Giraffe in 1995, and in partnership with Radiohole, founded and helped run the Collapsable Hole from 2000–13. His work has been seen at BAM, Lincoln Center, Carnegie Hall, Arena Stage, A.R.T., and over 50 cities worldwide including Berlin, Istanbul, London, Moscow and Paris.