El General is a feature-length documentary that combines personal and family history with archival footage and sound recordings, photographs and newspaper clippings. Almada’s film uses her ancestors’ lives to explore Mexico’s history; her great-grandfather was Plutarco Elias Calles, known alternately as “The Father of Modern Mexico,” and a brutal dictator. Her grandmother began, but did not finish, an autobiography in 1978. The documentary illuminates the differences between Mexico under Calles and today, as well as Almada’s personal conception of history as compared to the official version of events. At its core, El General is about the imagined past, emphasizing inconsistencies between memory and fact. 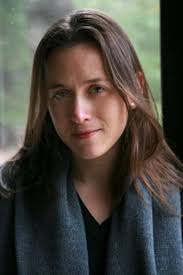 Natalia Almada is the recipient of the 2009 Sundance Documentary Directing Award for her film El General. Her most recent film El Velador premiered at New Directors/New Films and the Cannes’ Directors’ Fortnight. Her previous credits include All Water Has a Perfect Memory, an experimental short film that received international recognition. Al Otro Lado is her award-winning debut feature documentary about immigration, drug trafficking and corrido music. Almada’s films have screened at Documenta13, The Museum of Modern Art, The Guggenheim Museum and The 2008 Whitney Biennial. All three feature documentaries have broadcast on the award-winning series POV. Almada has received MacArthur, Guggenheim, USA Artists, Alpert and MacDowell fellowships. She graduated with a Masters in Fine Arts in photography from the Rhode Island School of Design and currently lives in Mexico City.