Ken Gonzales-Day lives and works in Los Angeles. He received an MFA from University of California, Irvine and an MA in art history from Hunter College in New York City. He was a Van Leer Fellow at the Whitney Independent Study Program in studio art in New York. Fellowships include an artist residency at the Getty Research Institute from 2008-09, Senior Fellow at the Smithsonian Institution from 2003–04 and Fellow at the Rockefeller Foundation Study and Conference Center in Bellagio, Italy in 2002. Gonzales-Day’s first book, Lynching in the West: 1850-1935, was published by Duke University Press in 2006. His 2011 PAC Prize-winning book, Profiled, was published by the Los Angeles County Museum of Art.

Ken Gonzales-Day is a Los Angeles based artist whose interdisciplinary practice considers the historical construction of race and the limits of representational systems ranging from lynching photographs to museum displays.

Profiled is an ongoing project that considers the institutionalization of racial and ethnographic categories in the seventeenth and eighteenth centuries, and their influence on sculptural depictions of the human form in the Americas, Europe and Asia. Working with Edward Calacion, the principal at the Young Oak Kim Academy, a public middle school in central Los Angeles, Ken Gonzales-Day produced a series of workshops/lectures in which students faculty and staff explored the history of racial formation. The artist also photographed the students. The results were displayed in the school’s library at the end of the 2011-2012 academic year as part of the school’s open house to the community. The intention was to expose students to the fine arts while raising awareness of the scientific and historical debates about race and racial formation. Students who submitted an essay on their own self-image received a photographic print. 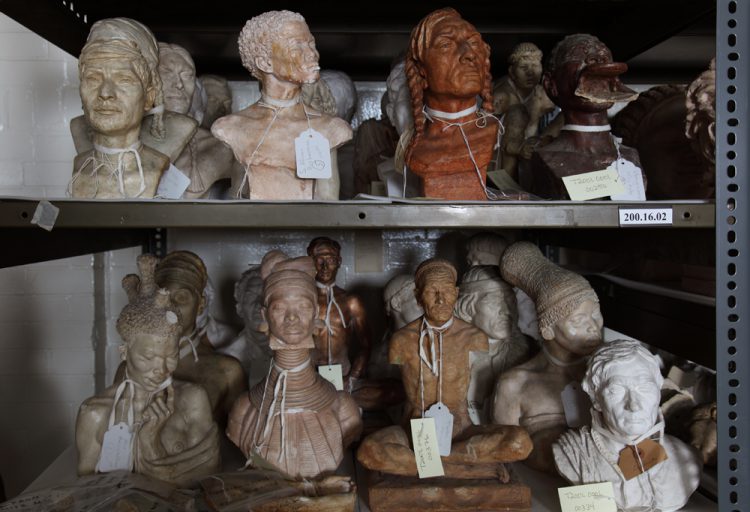