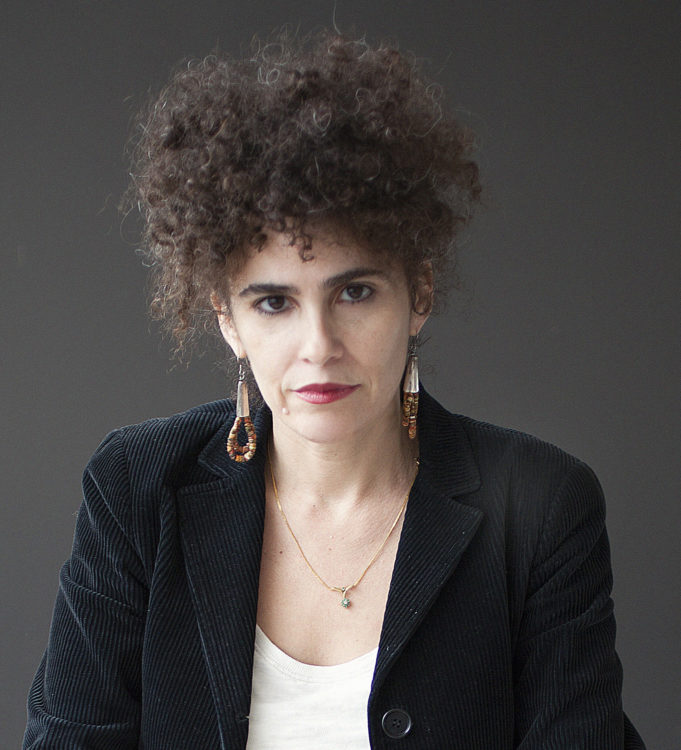 Karina Aguilera Skvirsky is a multidisciplinary artist whose practice began in photography and grew into video and performance.
Skvirsky became interested in photography at a young age discovering her identity by organizing her parents’ photo album. As an artist, Skvirsky excels at telling stories through images, static or moving, often using performance to ground them. Her video, The Perilous Journey of María Rosa Palacios and series of images, The Railroad Workers, draw parallels between a teenage girl’s journey through the mountains of Ecuador, and the indigenous and Jamaican workers who constructed one of the most dangerous stretches of railway in the world.

Skvirsky has received grants from New York State Council on the Arts, Film and Electronic Arts Grant, Jerome Foundation, National Association of Latino Arts & Culture, among others. Skvirsky is an Associate Professor of Art at Lafayette College.

How to build a wall and other ruins

Karina Aguilera Skvirsky is a multidisciplinary artist whose practice began in photography and grew into video and performance.

How to build a wall and other ruins is a video installation and a series of photography-based sculptures that absorb the debates around the engineering feats of Inca architecture to reimagine labor and its documentation, depict the gulf between theory and practice, and insert the body into an archeological site.