A composer and sound artist, Brian Harnetty’s work connects sonic archives, performance, ecology, and place. His pieces transform archival material—including field recordings, transcriptions, images and historic recordings—into newly re-contextualized sound collages. For the past decade he has focused on projects with sound archives, including the Berea Appalachian Sound Archives and the Sun Ra/El Saturn Collection. Harnetty’s recent scholarly work is an ethnographic study of the historic, economic, cultural and environmental sounds of Appalachian Ohio, informed in part by his family’s roots in the region. Harnetty received a PhD in Interdisciplinary Arts at Ohio University, an M.Mus. in music composition from the Royal Academy of Music in the UK and a B.Mus. from The Ohio State University. He has collaborated with Bonnie “Prince” Billy and Fred Lonberg-Holm, among other distinguished musicians. His 2013 release, The Star-Faced One, was MOJO Magazine‘s Underground Album of the Year.

Shawnee, Ohio is a series of audiovisual portraits of people from a small Appalachian mining town. It uses archival recordings, video, and images alongside newly composed music to critically explore issues of extraction, economy, and ecology in the region. Shawnee’s history includes coal, gas, oil, and clay extraction, and the formation of early labor unions. The town’s downturn and partial restoration act as an ethos of the struggles and hopes of the larger region, now immersed in a controversial fracking boom. Shawnee, Ohio considers these histories, evokes place through sound, and listens to the present alongside traces of the past. In their own voices, local residents recount their lives, work, friendships, and deeds. They talk and sing of mining, disasters, underground fires, murders, social life, protest, and hope. They include women and men; they are black and white; and they span across generations and centuries. 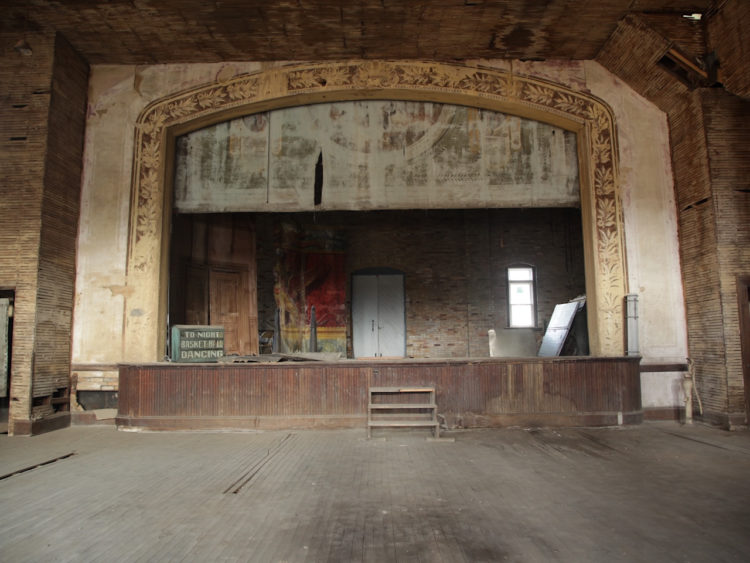 Brian Harnetty talks about his Creative Capital Project, Shawnee, Ohio, the story of the Appalachian town, and the people behind some of the archival recordings.