Yance Ford on Asking the Right Questions with “Strong Island” A photograph of Yance Ford and family, from Strong Island

Yance Ford began production on Strong Island in 2008. When the film premiered at Sundance in 2017, audiences were presented with a personal account of how Ford’s family coped with the tragic loss of William Ford in 1992. Perhaps in a different year, the story would have just been that: a personal account. However, outside of Sundance, news headlines and protests revealed a culture that was no more equipped to bring justice for the deaths black and brown people, making Ford’s work even more pertinent. On September 15th, Strong Island will be released on Netflix amidst a backdrop of America that hasn’t yet reckoned with issues involving race.

Yance received a Creative Capital Award to produce Strong Island in 2012. The Creative Capital project had its New York premiere in 2017 at the New Directors/New Films 2017 Festival presented by MoMA and the Film Society of Lincoln Center. In my conversation with Ford, we talked about the film and what role it plays in the larger picture of artists and activists calling for action on unjust killings.

Hillary Bonhomme: You’ve spent the last few months touring with this film. Is that an important part of your process as a filmmaker?

Yance Ford: I wish to travel with the film whenever and wherever it goes. There have been very few screenings without Q&A or a talkback, and at every screening, the response has been incredible. I’m so glad to be in the room when the lights come up. The questions I’ve had have been as crucial to the film as the film itself. The conversations we’ve been having have confirmed to me the film is asking the right questions.

For a long time we’ve been stuck with the simple question of what happened and it’s been an experience traveling and talking and saying that this is like this case or that case. People are drawing parallels about race and fear to cases in their own communities, and Strong Island has helped shift their questions from “what happened?” to “why did that happen?”

Hillary: What was the goal you had when you started making this film? How did that change as you began creating and shaping the story? A photograph of Yance Ford (left) and family, from Strong Island

We don’t start the film with my brother’s death for a reason. Because that’s not where my family’s story starts. My family’s story starts with normal life, a black community, peers, and when we shifted to why, we realized that “why?” was the more difficult question to answer. That’s where another story began.
I had been living with my brother’s death for a while. Making the film wasn’t cathartic. Addressing my loss wasn’t new to me. However, it was the first time my mother, my sister, and I talked openly about our experiences with William’s death. The first time we unpacked the aftermath together, and that was a tremendous gift that informed the film. Audiences don’t usually get past the flash of a death or the flash of a mother crying.

Hillary: I was so captivated by the musical direction of the film! Can you explain what went into the process of selecting music?

Yance: There are only two pieces we licensed: “Let the Good Times Roll” performed by Ray Charles and “Downwind” by Hampton Hawes. Those two pieces were specifically chosen to evoke the feelings that capture a specific time in my parents’ lives.

The financial support of Creative Capital can’t be understated. The way that the CC funding structure works, you get money right away to address whatever needs you have, and I remember being at the retreat and thinking “Could that mean gym membership?” And to have the funder give permission to the artist to identify the need was a huge gift.

First, “Let the Good Times Roll” because both of my parents loved Ray Charles. One of the photographs in the film is a picture of my father holding a Ray Charles album called, Crying Times. So, the use of that song helps encapsulate the joy and excitement my parents thought they had permanently arrived at when they moved to the neighborhood, that joy of finding the American Dream.

Hildur Gudnadóttir wrote rest of music. She came to New York from Berlin and live-scored the film with the cellist and the sound designer. We came together in the studio and had a discussion about what the music needed to do and we played the scene from the film without the music and it was an electric experience. There’s no way to describe seeing two artists in their top form live-scoring a film and sharing a creative space and responding to material in the moment. It was a series of incredible days creating music that will never be created again, and that’s one of the things that I treasure the most. Yance Ford in a still image from Strong Island

Hillary: While in production for 8 years, there was a surge of racialized deaths in this country that came to the forefront of a lot conversations in news and in art. Can you explain where your head was at as this new cultural awareness developed in America?

Yance: I could not have possibly imagined that in February 2012 Trayvon Martin would be shot and killed by George Zimmerman, who literally did to Trayvon Martin what that mechanic did to my brother: turn him into a suspect and blame him for his own death. My Facebook feed blew up with people saying “now more than ever” and unfortunately, it was the beginning of 5 years of more and more senseless deaths of unarmed black people by white people, civilians, and police officers. The fact that this awareness has grown from social media and cell phones, it became really important in the face of all this death that the film be blisteringly honest. The integrity of the film lies in its honesty, and one thing Strong Island pushes back against is the narrative of the need for the victim to be perfect. It was very important that I allowed my brother to be fully formed, complicated, young, and figuring it out, just as any young white man is able to be. However, white men in stupid arguments don’t wind up dead.

Fear is always the reason black people lose their lives. It was important to flesh that reality out, and the narrative hasn’t changed from 1992 to 2012. Twenty years after from my brother’s death, Trayvon Martin’s case had the same justification as that murder: I was afraid for my life. Even though no one interrogated the fear, their actions become justified. We seem to have forgotten that it’s about reasonable fear. Black people in this country have had reasonable fear forever, and they never get the same interrogation within the context of the deaths.

Hillary: What role did Creative Capital play in the development of this film?

Yance: I was at MacDowell Colony when I found that Creative Capital made me an Awardee. I was there in January 2012. It was snowing. I was in such shock, I hadn’t said anything to anyone, but at dinner, someone tapped on their glass and announced, “someone here has some fantastic news!” And I was thinking, “who is this with fantastic news?” And everyone stood up and clapped for me. It was fantastic and generous of the people I was with for years to celebrate that with me in that way.

The financial support of Creative Capital can’t be understated. The way that the Creative Capital funding structure works, you get money right away to address whatever needs you have, and I remember being at the retreat and thinking “Could that mean gym membership?” And to have the funder give permission to the artist to identify the need was a huge gift. For example: if you need exercise because you’re going stir crazy, absolutely. Get that gym membership.

All the people I met at the Retreat were a huge part of the development of my work. The community that I got to be a part of has been invaluable. The Creative Capital Award put me in a community of artists working in different disciplines but grappling with same issues. Jen Bervin, Simone Leigh, and other people I knew professionally but hadn’t talked about our personal work was invaluable.

And people asking me what I needed the most. I needed to be Yance, and you guys created that space. No one referenced my day job, and that space provided room for me to think just about my film, and it couldn’t have come at a more perfect time. There was a major plot twist later that year that I couldn’t have imagined, and I had the affirmation of Creative Capital to be able to stop, think, and take a step to realize that I needed to finish this film. 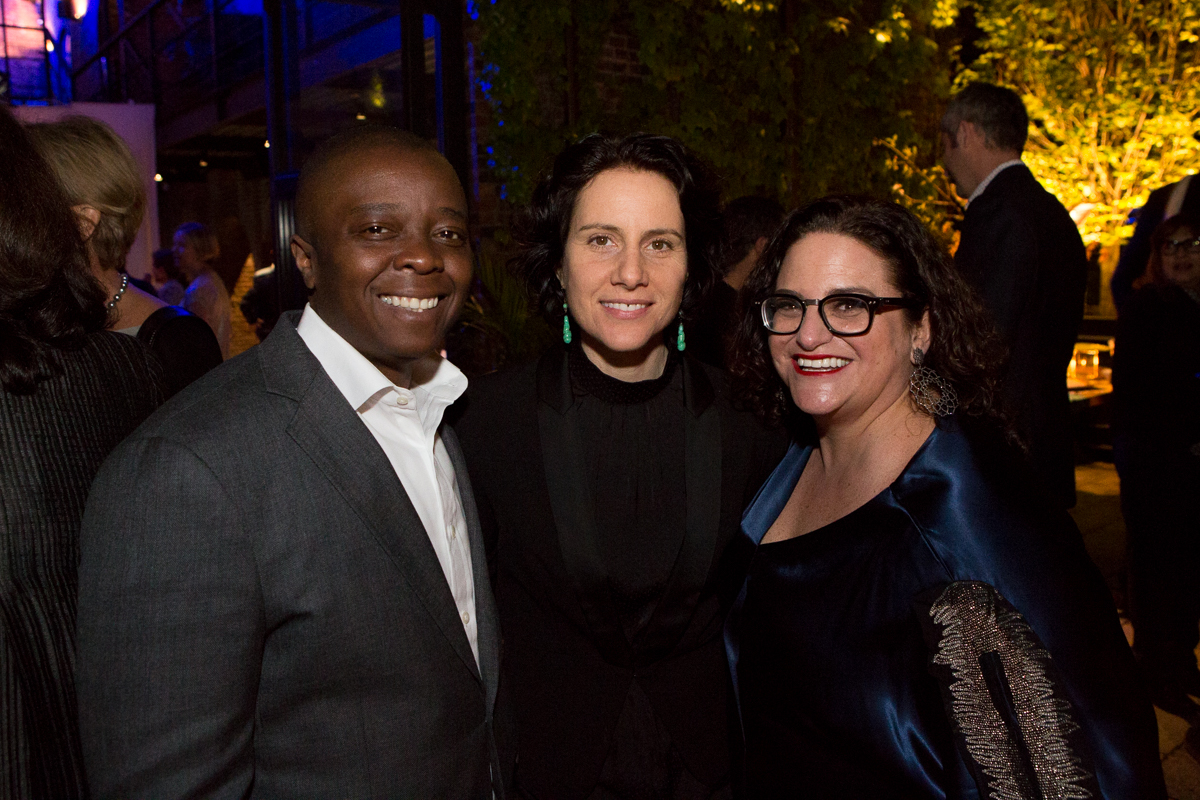