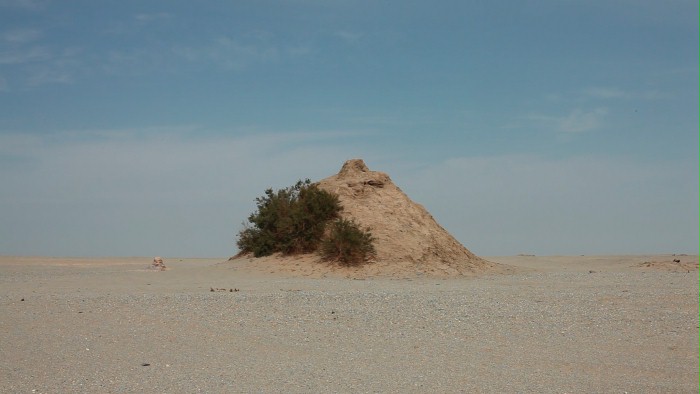 Artists like Patty Chang have extraordinary abilities for connecting themes across time and space. Her Creative Capital project, The Wandering Lake (which features performance, video, installation, sculpture, and even a book) premieres at Queens Museum as part of the exhibition Patty Chang: The Wandering Lake 2009-2017 on display September 17, 2017 to February 18, 2018. The moving image installation (with the same title) documents Chang’s search for a shifting body of water in the Chinese desert, her travels to the shrinking sea of Aral, her own experience with motherhood, and the ritual washing of a whale corpse. The work poignantly connects bodies and landscapes, reminding us that both are, in her words, “temporary, lyrical, and impacted.”

We spoke to Chang about the project. Still image from The Wandering Lake by Patty Chang

Alex Teplitzky: Your project, The Wandering Lake, is partly inspired by Sven Hedin’s similarly titled book in which he explores and maps the area of Xinjiang, a “wandering” lake in China. How did you come across this book, and how does your project stem from there?

Patty Chang: I used to do a lot of research at the Brooklyn Public Library and found it there. The book card said it hadn’t been checked out since 1947.

Sven Hedin was a turn of 20th century explorer who was commissioned by the Chinese government to find a modern silk road through the deserts of western China that you could navigate with a car. He also was interested in this lake that changed positions in the desert that he termed the Wandering Lake.

After I checked out the book, I went to Xinjiang to go and look for the lake. This was 2 months after deadly rioting had happened in the capital of the province Urumchi and the government had cut off the internet, texting and international calling. I didn’t have a real plan, so my trip was a bit of wandering as well.

But I did meet two Uyghur teenagers as well as a Chinese melon seller who I do some performances with along the way. I didn’t get to the Wandering Lake.

Alex: Part of the project involves you pumping breast milk while in Uzbekistan, as you trace the Aral Sea, which lost 70 percent of its water due to Soviet irrigation projects. The video installation shows you urinating along the Yellow River. What was your impetus to connect your body to these natural and man-made disasters?

Patty: I happened to be weaning my child on my second trip to the Aral Sea.  I was planning to try and do something in the town of Muynak that used to be the largest port town, but is now in the middle of the desert due to irrigation of the sea’s sources, the Amu darya and the Syr darya. The restrictions on filming are very strict and the town is very economically depressed from the receeding of the sea that used to be their main resource. For the whole trip I would pump my breast milk and dump it into an available container and snap a photo. Since I couldn’t film exterior things, this in some way became my record.

Alex: From what I can tell, the project involves a book, film, and even blown glass sculptures. How do all these forms of media come together in the exhibition?

Patty: The book is the backbone. When organizing the project for myself, it always lived as a narrative that keep expanding in directions not necessarily linear. Installation view of The Wandering Lake by Patty Chang at Shanghai Biennale, 2016. Photo by Jiang Wenyis.

There are numerous videos, two of which are projected onto bifolded cardboard panels that fracture the images when you watch and move around them. There is a photo installation of the images from Uzbekistan, as well as the hand-blown glass pieces based on urinary devices designed with plastic bottles.

Alex: We’re interested in how the Creative Capital award was helpful to different kinds of art projects. How did you use the support, financial and advisory, to develop The Wandering Lake?

Patty: Of course without the money I couldn’t have done a big portion of the travel or hiring a glassblower to make these designs.  Without the funds I couldn’t have experimented in these new forms. It was helpful to have someone to contact when I had need, even when it wasn’t necessarily related to the content of the project.

See Patty Chang’s The Wandering Lake at Queens Museum from Sep 17 – Feb 18, 2018. The corresponding book can be purchased on Artbook. 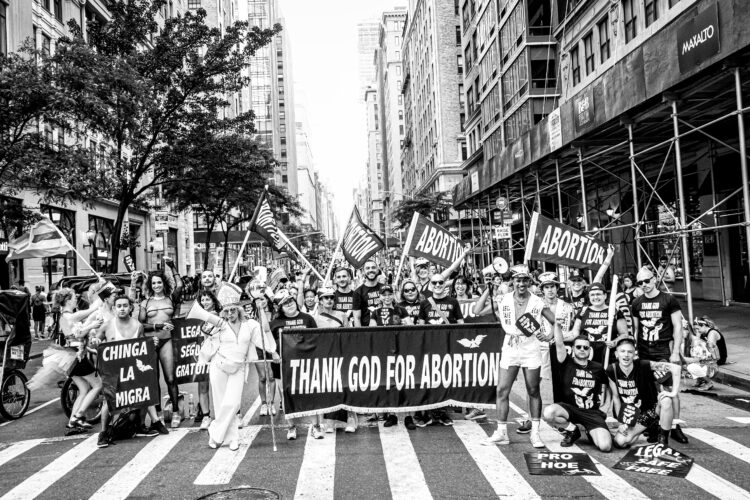