The Creative Capital Award – Who Helps Us Decide?

Today, we announced the 2015 Creative Capital Artists in Moving Image and Visual Arts. We could not be more excited about the 46 new funded projects—an incredibly diverse group hailing from 13 states plus Puerto Rico and Canada. We’ve arrived at this day thanks in huge part to the work of our valued colleagues who help us select each group of Creative Capital Artists. While we worked with more than 100 consultants during the ten-month process, two consultants advised us during the entire award round, reviewing submissions at every stage. I asked Mike Plante (Programmer at the Sundance Film Festival and our Program Consultant for Moving Image) and Dean Daderko (Curator at the Contemporary Arts Museum, Houston, and our Program Consultant for Visual Arts) a few questions about what it was like to work with Creative Capital on the process.
Lisa Dent: What motivated you to work with Creative Capital as a Program Consultant for this award round? 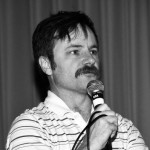 Mike Plante: Everyone wants to help artists and filmmakers make a project but it’s difficult to know how to actually do it. Creative Capital has made the blueprint. It’s rare to give filmmakers and artists money with few strings attached, but that is exactly what CC does. To be part of a process that finds amazing artists across the country, discuss their ideas and the path they are on – and to then give them not only financial help but real-world advice about balancing work and life. It’s really a dream project. 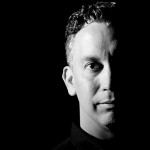 Dean Daderko: My motivation is pretty simple: I know of no other funding body that is as forward-thinking, as deeply generous, or as profoundly invested in being responsive to artists’ practices as Creative Capital. They fund the projects other organizations wouldn’t even consider! The end game here isn’t a substantial check—their commitment begins well before artists reach this stage, and continues throughout the life of the project, and beyond! Creative Capital understands fundamentally that by working with artists as partners—and by providing not just money, but thought, time and rich reserves of resources and connections—that they can positively and productively shape the future. Their unconventional and deeply responsible approach gives artists an incredible amount of agency, and they’re invited to bring their creative approaches to innovating and developing a game plan that’s uniquely responsive to the goals and concerns of their projects. The success they’ve had with this artist-centric strategy speaks for itself: so many artists will tell you what a dream it is to work with Creative Capital. Of course it doesn’t hurt that the staff are some of the friendliest, most helpful, and well-connected people around either! Ruby Lerner is my hero!
Lisa: You worked with staff throughout the three-stage application process.  What were some of the trends that you noticed in the applications?  Were there ideas, issues or forms that stood out?
Mike: What I like about the application process is learning about new names. Not that I know everything that’s happening on the coasts, either, but its exciting to see so much creative work coming from smaller cities. You always see thoughtful projects on the big social issues and timely subject matter, but getting someone’s personal take on it, especially when they are directly affected, is great to find. We might think we understand viewpoints on the ground in a remote part of the country, but you have to actually hear from the scene there directly. There is also great experimentation crossing forms and styles such as documentaries that challenge viewers and find new ways to explore and experience a subject. Fiction and avant-garde projects that use known-forms in genre (avant-garde film has a LOT of established genres) but push what’s possible in story and style that will hopefully go beyond audience’s expectations.
Dean: I reviewed more than 1000 applications, and the indelible impression I got is that if you want the most trenchant and progressive responses to cultural and sociopolitical issues, artists are the people to ask. Many of the proposals I read—whether they were funded or not—brought inspired ideas to the table by questioning or reinventing institutionalized structures that have become static and bureaucratic. The viable alternatives artists are inventing are increasingly nimble, fluid and responsive to the needs of their participants. We saw many proposals for schools and study programs, and others that brought fresh and thought-provoking approaches to the fields of urban planning (Carolina Caycedo), linguistic translation (Gala Porras-Kim), broadcasting (Mike Crane and Mariam Ghani), and documentary filmmaking (A.K. Burns, Danielle Dean, Beatriz Santiago Muñoz and Wu Tsang). Just as many artists are finding ways to innovate traditional practices; their approaches to making public sculpture (Heather Cassils, Abigail DeVille and Anna Sew Hoy), analogue photographs (Brittany Nelson), paintings (Titus Kaphar), comic books (Ivan Velez), opera (Janine Olesen) and portraiture (Carrie Schneider) felt vital and refreshing.
Lisa: What excites you about the projects that received the 2015 Creative Capital Award?
Mike: It’s a great mix of individuals. I feel that we found original voices with ideas that are about to “break out” like Shawn Peters, Jillian Mayer & Lucas Leyva, and Dan Schneidkraut. We are also supporting some filmmakers that have carved out a strong body of work but are now embarking on a new journey, like Pat O’Neill, Michael Almereyda and Jennifer Reeder. Even some of the names I’m familiar with over decades of going to festivals are still surprisingly under the radar. A friend loves animation, but they don’t know Martha Colburn? She’s been in tons of festivals for over a decade now. You are into political documentaries? You gotta see what Travis Wilkerson makes. It’s exciting to help connect filmmakers with the audience they should be getting.
Dean: It’s great to see that the 23 Visual Arts projects that received funding represent a group of artists of diverse ages, genders and ethnicities who come from all over the United States, including the Commonwealth of Puerto Rico. These folks are visionaries, and it’s exciting to think that the infusion of support they’re receiving from Creative Capital will help them to catalyze projects they’ve been dreaming of creating! Their projects span a broad range of approaches, from ceramics and cast bronze, to video, installation and environmentally-sensitive works. These are artists that lots of people will be talking about and feeling inspired by! I think I can speak for my co-chairs on the Visual Arts committee when I say that I feel very honored to have had a part in offering these artists a chance to realize these dream projects.

Lisa: Have any tips for applicants in 2015?
Mike: Really question what about your project is non-traditional. Does it involve a quirky character? Push harder. Is it because there are long takes? Look deeper. Push yourself to make something you didn’t think you could ever make.
Dean: First and foremost, WORK HARD! Spend time thinking about how to document your work to its best advantage on its own terms—communicating your ideas and getting feedback from people outside of your discipline is a great way to understand options for how to contextualize your work in images or video. Think big, and then think bigger. Challenge yourself: shoot for the stars when you apply!
You can read more about the 2015 Creative Capital Artists on our website here. And save the date for our next open application: we’ll be accepting Letters of Inquiry for Emerging Fields, Literature and Performing Arts projects February 2 – March 2.
Dean Daderko photo credit: Matthew Rowe, Houston