Zoe Leonard photographed the demise of small businesses in large cities and organized the display of the photographs in a grid system, categorized roughly by subject matter. Leonard describes Analogue as a “journal of observation on the connected issues of gentrification and the global economy: a look at the vast differences between small local business and multinational franchises, the tensions between individual expression and economic necessity, and the loss of valuable cultural material as commercial areas become more homogeneous.” 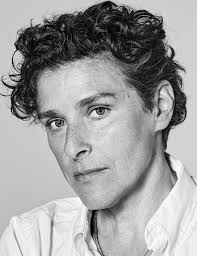 Zoe Leonard is a New York–based artist working with photography, sculpture and installation. A traveling retrospective of her work originated at Fotomuseum Winterthur, Switzerland, in 2007 and continued on to Madrid, Vienna and Munich through 2010. Solo exhibitions of her work have been shown at Dia:Beacon (2008–11); Dia at the Hispanic Society, New York (2008); Wexner Center for the Arts, Columbus, Ohio (2007); Vienna Secession (1997); and Kunsthalle Basel, Switzerland (1997). Leonard participated in Documenta 9 in 1992 and 12 in 2007, and her work was included in the 1993 and 1997 Whitney Biennials. She is co-chair of the graduate program in photography, Bard College. Recent publications include Zoe Leonard: Analogue (2007), Zoe Leonard: Photographs (2008), and Zoe Leonard: You see I am here after all (2010). She is represented by Murry Guy, New York, and Galerie Gisela Capitain, Cologne, Germany.