Strategic Marketing for Artists, Part One: Marketing is Storytelling

This post is Part One in Brian Tate’s series, The Seven Elements of Strategic Marketing: Tools for Artists to Advance Their Careers and Communities. Read Part Two: The Story Chooses Sides, and Part Three: Choosing a Path and Taking Action.
On Tuesday September 27, Brian Tate leads his Professional Development Program Webinar, “The Seven Elements of Strategic Marketing,” which examines these elements, and how we use them to advance our communities and careers.

In 2012, I gave a presentation on strategic marketing at the Creative Capital Artist Retreat for first-time awardees in Visual Arts and Film/Video. They seemed instinctively wary of the topic, which I understood. Marketing is often used to exercise commercial, cultural or political influence over how we live our lives. The process can also suggest manipulation and illusion, a spectacle of bright lights and electronic billboards dedicated to making something much bigger than it can or should possibly be. The artist generally stands in contrast to this. She may have the same conflicted response to public regard as anyone else, but she is driven by a call that begins privately, often inside a workspace where she won’t be sucked into or sucked dry by what feels like an endless popularity contest.

Singer Eddie Vedder, whose band Pearl Jam was caught in the ’90s media glare on Seattle, addresses the consequences in the song, “Blood.” The lyrics switch from first person to third person as if vampiric forces of promotion have made him into separate people, one of whom he loathes: “Spin me round, roll me over, fuckin’ circus… Paint Ed big, turn Ed into one of his enemies.”

But as artists and as people, we seek validation—from an audience of one or of 100. We also know that, as a practical matter, while we make art in private, we make our careers in public—what some call “the real world”—and doing so requires learning how to talk about ourselves in a self-empowering way.

I see marketing as a vehicle for self-definition, not self-promotion—a means to say: “This is who I am, this is what I stand for, this is who I stand with,” first to ourselves, and then to others, as a kind of conversation. It can also inform how people respond to that message, a very different proposition that I’ll address in a moment.

As I told the group at the Retreat, Marketing is storytelling to a specific audience to drive a specific outcome. Which always prompts the question, at least in my own mind: Why should we want to participate in that?

Three reasons. First, we’re already in it up to our necks—a tidal wave of marketing to which we increasingly add our own content. Given that circumstance, I think it’s smart to understand what marketing is and why it pulls at us. To understand what we’re up against, so to speak.

For that reason—and this is the second point—some of us believe we have a cultural, political and even spiritual imperative to bring our own voices into this discussion, particularly as artists but also as progressive people of any stripe. This requires becoming versed in the forces at play, and learning how, like arcs of light, they can be bent.

Ideally, our image is formed from our actions, and our actions are shaped by our values. Put another way: Who I am determines what I do, not the other way around. This is where the work of marketing begins: Not to build a calculated persona but to articulate what is at our core; not to engineer a message that will sway opinion but to examine our intentions for others to then experience, question, support or dispute, as we encourage them to do the same. A conversation.

But if we don’t tell our own stories—and this is the third reason—there is the real possibility that someone else will, and their intentions may differ sharply from our own. Even if we do speak out, we may be called upon to do so repeatedly as others seek to redefine us, perhaps negatively.

That kind of labeling can result in something called an “image problem,” but it cuts deeper than that. With only a word or two, negative branding can affect the trajectory of a place (Detroit = miserable), a movement (Occupy Wall Street = directionless), an artwork (David Wojnarowicz’s video, A Fire in My Belly = sacrilegious), and vast numbers of people (“Terror Watch Lists Brand Hundreds of Thousands”).

But if marketing can reinforce traditional narratives, it can also subvert them. If we believe that art exists to comfort the troubled and trouble the comfortable, then marketing can serve that same purpose. And we can make it so.

As shown by musician Santigold, who defies mainstream norms about how a pop star should characterize her music and conduct her career, we can re-contextualize our stories into something personal, critical and new. As shown by filmmaker Ava DuVernay, who launched a film distribution company after being told whites won’t see art house films featuring blacks, we can reject industry expectations by building our own progressive community of artists and audiences. And as shown by interdisciplinary artist and Creative Capital grantee Hasan Elahi, who turned the FBI’s post-911 investigation of him into a project in which he is now under constant surveillance, we can use our stories to reclaim our agency as citizens and human beings.

Simply put, if we’re committed to being in the world, making art about that experience, and fostering conditions where others can do the same, then our stories must be told. Marketing is key to that process.

But what are its rules, and how can we turn them to our advantage? Check out my follow-up post with marketing tips for artists working in all disciplines.

Be sure to read Part Two and Part Three of this series. 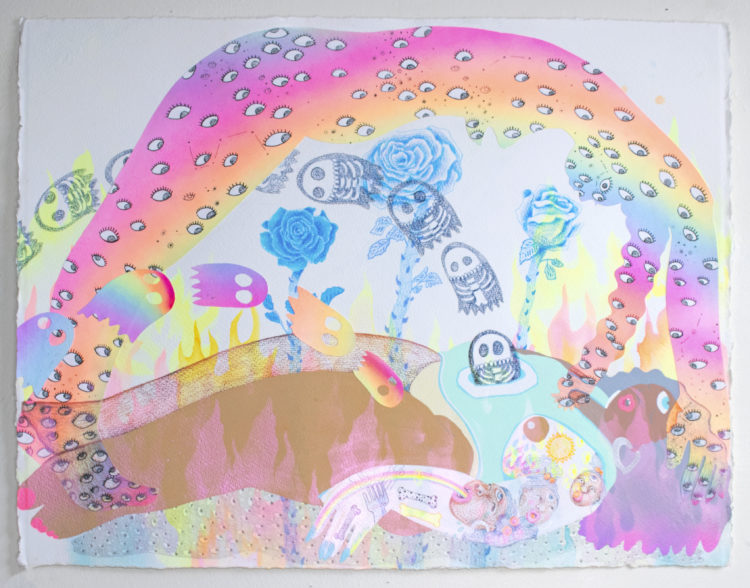