Maaza Mengiste is a novelist and an essayist. Her fiction and nonfiction examine the individual lives at stake during migration, war, and exile, and consider the intersections of art and violence. A novel that tells the story of a young man’s isolated upbringing and the race trial that sends him to the Supreme Court, The Sellout challenges the sacred tenets of the United States Constitution, urban life, the civil rights movement, the father-son relationship, and the holy grail of racial equality—the black Chinese restaurant. The work tells the story of “Hominy” Jenkins, a resident of Los Angeles’s Dickens neighborhood and the last living member of the original Our Gang television show cast. As this poverty-stricken hometown’s most famous resident, Hominy is tasked go out into the world and find Dickens, its sister city.

Beatty won the Man Booker Prize for The Sellout in 2016—he was the first American to do so. 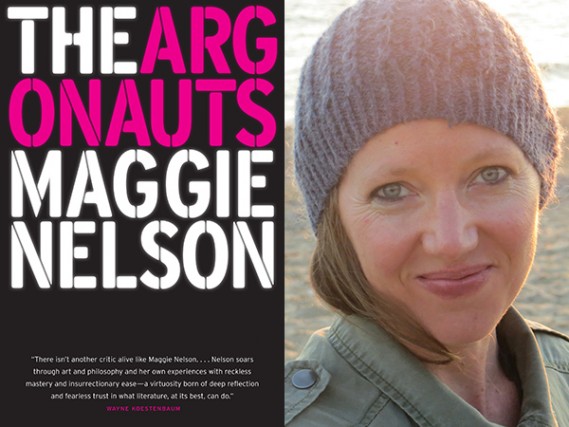 The Argonauts is a book that combines autobiography and theoretical inquiry to address issues of gender, queerness, family-making, identity and the limitations and possibilities of language. At its heart lie D. W. Winnicott’s ideas of “good enough” mothering and ordinary devotion, Wittgenstein’s idea of ordinary language as being “all right,” the critique of paranoid logic and celebration of the reparative as offered by Eve Kosofsky Sedgwick and related ruminations on happiness and freedom. In form, The Argonauts is essentially a long essay, which contains within it the story of the author’s pregnancy, running alongside that of her partner’s gender transition.

The book won the National Book Critics Circle Award for Criticism in 2016.

Maggie Nelson has been described as “genre-busting” by Michael Miller of Time Out New York. Writer and musician Johanna Fateman is a founding member of the rock band Le Tigre and co-owner of Seagull Salon in New York City. Infinite City is a mapping project that takes place in three media: a book published by the University of California Press in 2010, a series of six broadside maps issued by the San Francisco Museum of Modern Art, and a series of six public events at locations around the city in conjunction with those broadsides. The maps document everything from murders to treasures to queer history, labor history, urban renewal, and butterfly species in San Francisco; toxins and food history, African American and shipyard history, environmental preservation, right-wing and military sites in the Bay Area; and neighborhood and local histories within San Francisco, including the coexistence of day laborer migrants and super-localized gang kids in the Mission, Fillmore Street’s dense histories, and more. The maps are lush visual works, several of the 21 in collaboration with artists, and the book includes essays by Rebecca Solnit and various writers on subjects related to the maps.

Rebecca Solnit is an activist, historian and writer who lives in San Francisco.