Sergio De La Torre has worked with and documented the manifold ways by which citizens reinvent themselves in the city they inhabit, as well as site-specific strategies they deploy to move in and out of modernity. Sergio’s works invoke collaborations with his subjects and invite both intimate and critical reflections on topics related to housing, immigration and labor. Through video documentary, photography, public art, installations and other forms, he tries to approach the lives of these individuals not as victim-subjects, but rather to reexamine the meaning of their actions in the context of shifting global conditions. His work has appeared in the Istanbul Biennial, Bienal Barro de America, NYMOMA, Atelier Frankfurt, Centro Cultural Tijuana, Yerba Buena Center for the Arts, Tribeca Film Festival and Festival Internacional de Cine de Morelia. Sergio is an Assistant Professor in the University of San Francisco Art and Architecture Department.

Carmen and Lourdes work in Tijuana’s maquiladoras, the foreign-owned factories which came to Mexico for its cheap labor. Every day, these workers confront labor violations, environmental devastation and urban chaos. In Maquilápolis, they reach beyond the daily struggle for survival to organize for change. They also use video cameras to document how globalization has transformed their city and to share their hopes for the future. This project brings together filmmakers, factory workers and community organizations in Mexico and the U.S. to create a film that depicts globalization through the eyes of the women who live on its leading edge. The factory workers who appear in the film have been involved in every stage of production, from planning to shooting, from scripting to outreach. The collaborative process seeks to merge artmaking with community development and to ensure that the film’s voice will be truly that of its subjects. 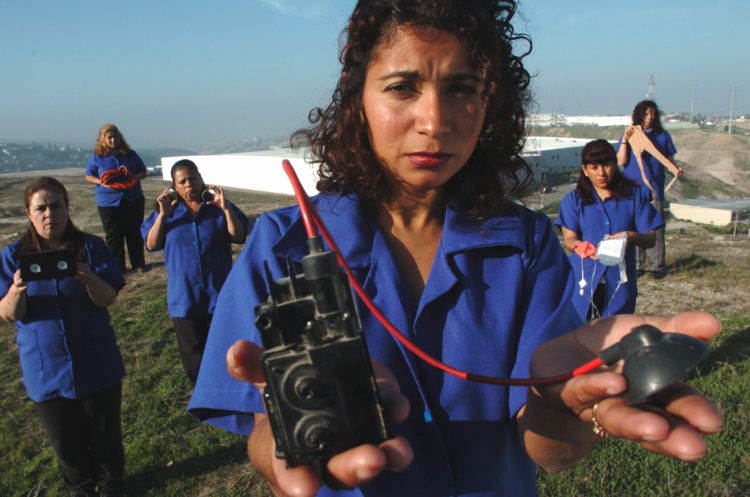 Vicky Funari talks about her Creative Capital Project, Maquilápolis, a documentary that uses the medium as a way to galvanize support for a range of issues, from environmental justice to women’s rights. Vicky Funari is a documentary filmmaker, editor, and teacher. She produced, directed, and edited the documentaries MAQUILÁPOLIS (2006) and Paulina (1998); and she directed and edited Live Nude Girls Unite! (2000). These critically acclaimed films have screened in preeminent film festivals, including Sundance, Locarno, Havana, Rotterdam, SXSW, and Tribeca. They have won many awards and have aired on PBS, HBO/Cinemax, and the Sundance Channel. Funari also directed the MAQUILÁPOLIS binational Community Outreach Campaign (2006-2009), using that film in conjunction with activist organizations to promote dialogue and change. Funari’s editing work includes the 2012 documentary Strong!, directed by Julie Wyman. Funari is a Guggenheim Fellow and a MacDowell Colony Fellow. She is currently directing two documentaries about water bodies: one, now in post-production, tells a story of healthy aging, community, and ladies in a pool; the other, in development, is about American rivers and their environmental and human histories.