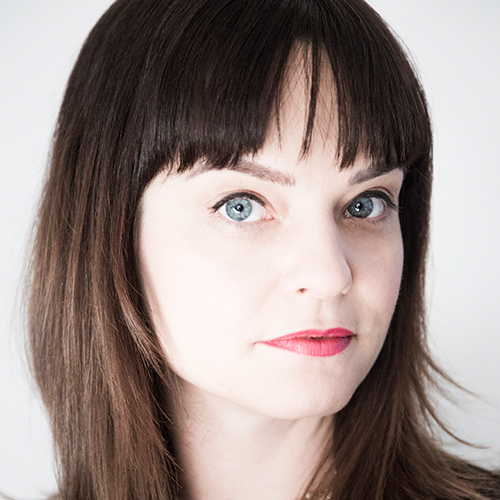 Penny Lane has been making award-winning, innovative nonfiction films for over a decade. In 2018 Penny was honored with a Chicken & Egg Breakthrough Award, given the Vanguard Award at SF DocFest, and was admitted into the Academy of Motion Picture Arts and Sciences. For her work Lane has been awarded grants from the Sundance Institute, Creative Capital, Cinereach, TFI Documentary Fund, Wexner Center for the Arts, Jerome Foundation, Catapult Film Fund, LEF Foundation, NYSCA, and many other organizations. Film festival screenings span the independent and experimental film worlds, including Sundance, Rotterdam, Images, IMPAKT, Hot Docs, Full Frame, CPH:DOX and Oberhausen. Her most recent feature documentary Hail Satan? is in wide release with Magnolia Pictures. Her three previous feature documentaries are The Pain of Others, Nuts!, and Our Nixon. Her short films, such as Just Add Water and The Voyagers, have won accolades at film festivals and popularity online. Penny Lane is also a committee member of the National Advisory Council of Creative Capital.

Penny Lane’s documentaries and video essays focus on lesser-known histories as a means of reconsidering issues of today.

NUTS! is the amazing true story of John Romulus Brinkley, who in 1917 discovers that he can cure impotence by transplanting goat testicles into men. Tens of thousands of men beat a path to his door, and an empire is born. Using an energetic mix of documentary footage, animated reenactments and a hilariously unreliable narrator, NUTS! traces Brinkley’s rise from poverty and obscurity to the heights of celebrity, wealth and influence in Depression-era America. Along the way, he amasses an enormous fortune; is almost elected Governor of Kansas; builds the world’s most powerful radio station; invents the infomercial, the sound truck and Border Radio; hosts some epic parties; and forces the federal government to start regulating medicine, communications and advertising. How he does it, and what happens when it all comes crashing down, is the story of NUTS!

NUTS! premiered at Film Forum in New York in 2016, and it is viewable on most streaming platforms.

Penny Lane is a filmmaker who focuses on lesser-known histories as a means of reconsidering current issues. So, it’s no surprise that she took an interest in the little known tale of John Romulus Brinkley, a man who gained national fame and fortune after curing impotence in the early 1900s, inventing the informercial and dismissed his critics as “the establishment.” NUTS!, Penny’s Creative Capital-supported project, has already received accolades in film festivals like Sundance and Rotterdam. It premieres June 22, 2016, at Film Forum in New York, followed by a release in other major cities.