James Scruggs is a writer, performer, producer and arts administrator who creates large scale topical, theatrical, multi-media work usually focused on inequity or gender politics. His work, A Voluptuary Life, a piece about an aging homosexual without family seeking and finding a community of elders, received support from Doris Duke, the Andrew Mellon Foundation, and the MAP Fund. His Creative Capital project 3/Fifths, a piece exploring race and racism today, also received a MAP Grant. That work was inspired by Disposable Men, his 2005 multimedia solo performance work, which juxtaposed images from Hollywood monster movies with the harsh reality of the historical treatment of black men in America. He’s a consultant and Fieldwork facilitator for The Field, and is also currently a facilitator for Creative Capital’s workshop programs. He received a New Jersey state grant, and a NJSCA Fellowship for artistic excellence. Scruggs has a BFA in Film from the School of Visual Arts.

The tension between black and white men that continues from slavery to the present day is palpable and complex. Documentary news video of racially charged events appear totally different depending upon the viewers’ race. Employing immersive media, performance and music, 3/Fifths explores the residual effects of the discriminatory “Three Fifths Compromise” of 1787 to track racial tensions today. For the duration of the 3/Fifths experience, audience members will be able to “switch” races and will be treated as such throughout the performance. By producing tableaux and scenes that racially polarize, different races will experience the same exact event in diametrically opposed ways. 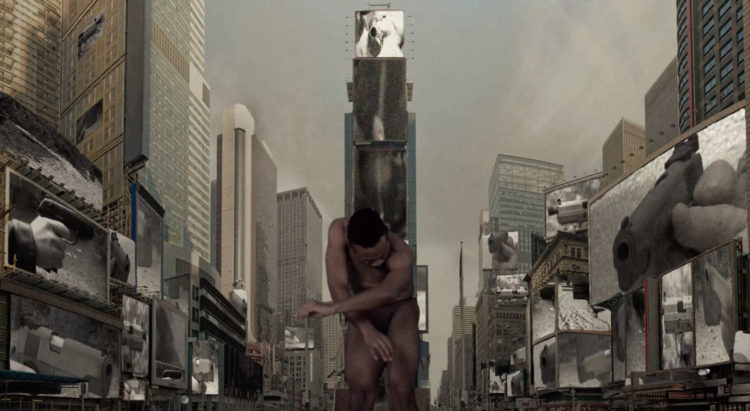