The story of Waajeed is a Detroit story. In the shadows of a towering Motown legacy, and under the tutelage of electronic heroes of Detroit techno, Waajeed would find his calling card in hip-hop. Along with luminaries and comrades like J Dilla and Slum Village, he would help pioneer a distinct sound in hip hop which continues to inform a generation of beat-builders worldwide. From dusty stacks of hallowed Motown wax, samples would be flipped, jewels would be dropped, and history would be written. After years of championing this beat movement through personal projects, concept groups such as Platinum Pied Pipers, a stellar resume of collaborations, and his own Bling47 label, Waajeed looks to pivot forward in a new direction, with his Detroit techno roots as the catalyst. Crafting a new sound and energy, Waajeed looks to further inform the next wave of beat junkies.

Beware of the Dandelions is an immersive environment built on the aesthetics of hip-hop, designed to embody the communal lessons found within complex sciences. Through interactive hip-hop performance, video projection mapping and creative technologies, this performative installation explores the relationship between art, science and social justice movements. Inspired by Grace Lee Boggs and decentralized, community-led social justice movements, the project provokes audience members to participate through physical and vocal responses, feeding their own concepts into improvised sections that support the premise that change occurs through critical connections rather than critical mass. Beware of the Dandelions leaves the audience with an opportunity to investigate a new theory of change for the world.

Beware of the Dandelions is a traveling, video installation pod which is activated through community and audience engagement, hip hop and science fiction narrative that mutates depending on where it’s performed. We speak to the collaboration Complex Movements about the premiere of their work in Detroit, Michigan. 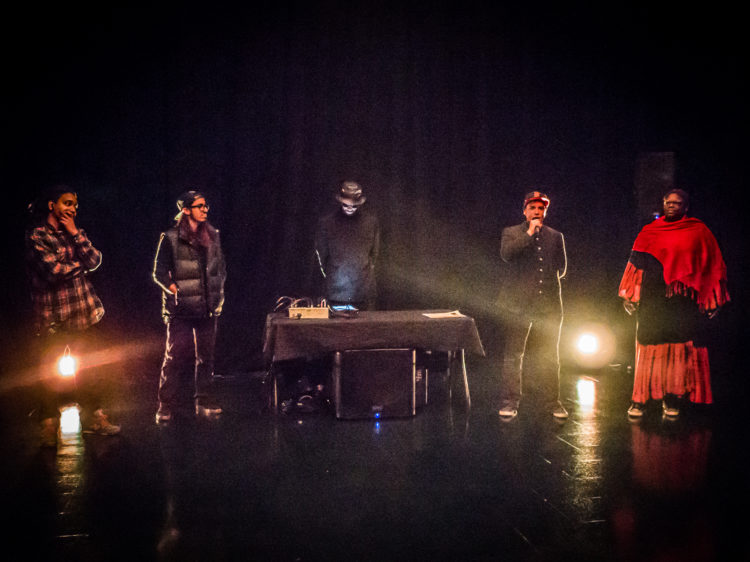 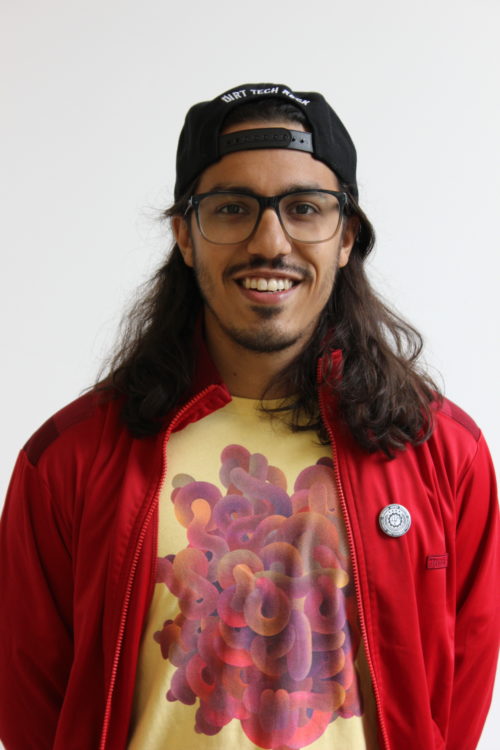 Carlos “L05” Garcia is a multimedia artist and performer from Ann Arbor, Michigan. As Complex Movement’s lead technologist, he brings an extensive range of experience in a number of skill areas, including computer programming, projection mapping, audio and video production, interactive performance technologies, improvisational and choreographic dance, and more. Carlos is a vocalist and producer with the hip hop/electronic duo Celsius Electronics and has both performed live and appeared on recordings with numerous Michigan-based and national touring acts. In addition to his multimedia performance and engineering endeavors, Carlos supervises the GroundWorks Media Lab at the University of Michigan, where he received an undergraduate degree in Performing Arts Technology (Engineering Concentration) and currently acts as a member of the Emerging Technology Group.

Invincible/ill Weaver is a Detroit-based lyricist, performance artist, and activist. They spent over a decade organizing with Detroit Summer, a multi-racial, intergenerational collective in Detroit that is transforming communities through youth facilitative leadership, creativity, and collective action. Invincible co-founded the Detroit Future Youth network to support social justice and media-based youth projects throughout the city. They produce events, organize actions, design curriculum, facilitate workshops, weave participatory community media projects, and beyond, while simultaneously creating music, media, and touring internationally. As a co-founder of EMERGENCE Media, Invincible released their debut album ShapeShifters and produced award winning videos like The Revival about women in hip-hop, and Locusts resisting displacement and gentrification in Detroit. They have performed around the world for two decades, both as a solo artist, featured as part of the gender justice Hip-Hop collective ANOMOLIES, and in collaboration with Platinum Pied Pipers. They teamed up with longtime producer Waajeed in 2010 to release “Detroit Summer/Emergence.” Invincible/ill is a United States Artists 2015 Fellow. They were a 2010 fellow of Kresge Arts in Detroit, and a 2009 fellow of the Ellen Stone Belic Institute for Women and Gender in the Arts and Media. They currently do not perform or present solo work. Invincible/ill is working with Complex Movements to create Beware of the Dandelions- an interactive multimedia installation exploring the relationship between complex sciences and social justice movements through science fiction, music, projections, animation, workshops, and organizing. The project is inspired by Grace Lee Boggs, Charity Hicks, Sheddy Rollins, and Detroit movement networks.

Wesley Taylor is a graphic designer, fine artist, musician and curator. He has spent many years ”scene building” in the Detroit hip-hop community as both an emcee and graphic designer. He is co-founder of Emergence Media, along with Invincible. Taylor’s most recent body of work revolves around the promise of the future; he imagines that ”the future” is his client and he is in charge of marketing for ”the future” and branding its many possibilities. In 2011, his work was presented in the two-person show Brandished at Re:View Gallery in Detroit. Taylor holds a graduate degree in 2-D Design from Cranbrook Academy of Art and teaches design at Eastern Michigan University. He also manages a five-person artists’ studio collective in Detroit called Talking Dolls.