With the holiday season upon us, Creative Capital staff reflect on the many joys we have shared with artists this past year!

Our giving to artists is nothing compared to what they give us. This holiday season, we ask you to support Creative Capital so that we can make artists’ dreams come true.

Please consider making a tax-deductible donation to support critical grants and services for artists. Every dollar will be matched for double the impact! 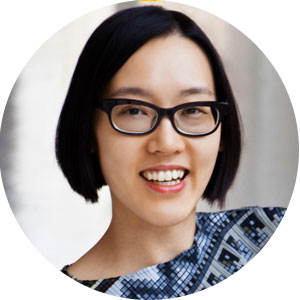 “The sheer happiness that Lorraine O’Grady and James Schamus expressed at their meeting for the first time at our Artist Benefit + Banquet makes all of our work worthwhile.”
—Christine Kuan, President & Executive Director “Dancing, snapping selfies and having drinks with Creative Capital Artists at the Creative Capital Carnival event was TONS of unforgettable fun! I had such a great time basking in the gorgeous view of the New York City skyline—with the approaching sunset! All of the artists dancing with and around me were in BLISS! So great to share those moments with them!”
—Roland Webb III, Senior Manager, IT Sherrill Roland, With Heart, Letter #120113, 2021. Neon works created from the letters he wrote to his daughter’s mother while wrongfully incarcerated. “Being blown away after meeting 2021 Grantee Sherrill Roland, who gave us a personal tour of his first exhibition Hindsight Bias at Tonya Bonakdar Gallery and learning firsthand about the memories and experiences he had while wrongfully incarcerated.”
—Emily Gerard, Director of Development ID: In a reflection of an unmarked storefront is a grayish silhouette of a man using an electric wheelchair. Overlaid on the photograph are white festival laurels that read “Directing Award: U.S. Documentary, Sundance Film Festival 2022. Photo by Reid Davenport. “Going to see Reid Davenport’s film I Didn’t See You There. The film was unlike anything I’ve seen before as it was entirely shot from the POV of a disabled person. It was also my first time going to an indie movie screening and attending a Q&A with the director. This intimate and supportive experience of the arts is what I loved about being part of Creative Capital!”
—Fahdah Ali AlSubaihin, Stanford in New York Intern “Being able to get the Creative Capital community together in person again. Meeting amazing people, such as Du Yun, at the Artist Benefit + Banquet was unreal. Not to mention her performance with OK Miss was phenomenal!”
—Jennifer Liu, Manager, Editorial “Meeting 2020 Grantee jackie sumell at MoMA PS1’s Earth Day celebration. We planted fruits and vegetables with the Lower Eastside Girls Club as part of her project Growing Abolition, and she even sent me home with a pocket full of wildflower seeds! I may not have a green thumb like jackie, but it was inspiring to see her socially engaged project in action.”
—Aliza Sena, Director of Content