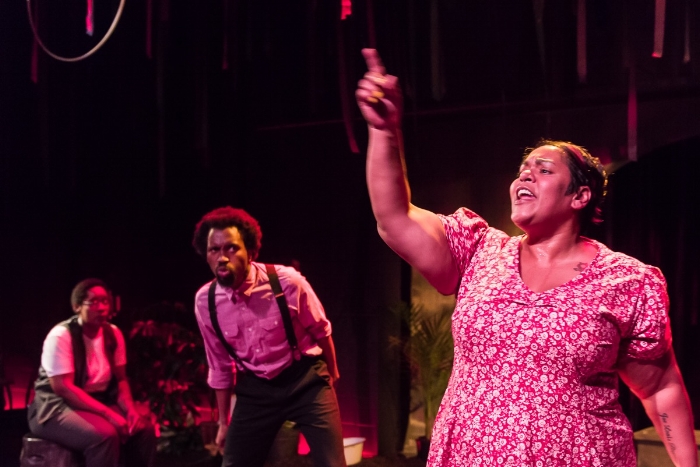 Best! Letters from Asian Americans in the arts
New book published by Paper Monument
Out now

From the end of 2020 into 2021, Cauleen Smith conducted virtual visits with Charles White Elementary School classes, inviting students to make videos and dioramas depicting a world they wanted to live in. Inspired by their resilience and imagination during a pandemic, Smith incorporated elements from their videos into a new installation and created embellished banners that reference astronomy, migration, and movement.

Alejandro Durán is part of this exhibition which features artists who use their talents to focus on conservation and activism. The show includes photographs and installations from his Creative Capital Project and ongoing series, Washed Up: Transforming a Trashed Landscape.

Both/And is the first retrospective of one of the most significant contemporary figures working in performance, conceptual, and feminist art. The exhibition features twelve of the major projects Lorraine O’Grady has produced over her four-decade career and also debuts a much-anticipated new installation.

Robin Frohardt‘s Creative Capital Project, The Plastic Bag Store, opens in Los Angeles this week! The project is a public art installation and immersive film experience designed to take place in a retail storefront. Employing humor, puppetry and craft, Frohardt focuses a critical lens upon our culture of consumption and convenience — specifically, the enduring effects of our single-use plastics.

Taylor Mac
Whitman in the Woods
University of Michigan
Digital presentations and lecture
Through July 6, 2021

The University of Michigan hosts a free lineup of digital presentations and lectures for Pride Month. Included in the program is Creative Capital Awardee Taylor Mac’s Whitman in the Woods—a series of short films where performs favorite poems by 19th-century American poet and queer icon, Walt Whitman, dressed in glamorous drag costumes and makeup.

In this conversation, awardees Brian Harnetty and Dao Strom talk about how the intersections of sound, language, music, memory, history, place, and practices of “listening”—to the past, to the present—fuel their respective interdisciplinary practices. Although working in quite different contexts, both artists root their art in a strong contemplation of place and one’s relationship to “place.”

The New York Times talks to Dana Spiotta about books, her ideal reading experience, and what moves her in literature: “One of my favorite things is laughing at a joke in a really old book: I feel such connection to the human who made it, which delights and moves me. If you can write a joke that is still funny in 100 years, you are great.”

LACMA and Snapchat hosts a new exhibition in Los Angeles that reimagines monuments through augmented reality. The project includes work by Creative Capital Awardee Mercedes Dorame, whose monument pays tribute to her ancestry, the Gabrielino-Tongva Indians of California. “When I think about monuments, I think about how they’re often a singular moment or a singular person. And it’s kind of often, for indigenous people, these histories that are really kind of traumatic for us,” she says.

“A Wife and Mother Finds a New House and Decides to Move in Alone”
New York Times
July 6, 2021

The New York Times reviews Dana Spiotta’s new novel, Wayward: “While Spiotta’s previous novels run on Didion-like cold fusion, Wayward reads like a burning fever dream, powered by hot fury rather than icy remove. There is a mythic quality to her narration, as well as a dark strain of humor.”