A Guide to Creating and Maintaining Email Newsletters for Artists Email newsletters are by no means a new concept, but in the last year, it seems like everyone has one. Partly because many have extra time during the economic shut down, but also due to the shifting journalist media landscape, subscriptions to email newsletters have skyrocketed. Brands behind this new phenomenon, such as Ghost, TinyLetter, and most popularly, Substack, have created email newsletter platforms that make it easy to manage subscriptions, communications, and monetization. We spoke to Pablo Helguera, Rahel Aima, Wendy MacNaughton, and Yanyi, artists and writers who have a range of experience working on their own email newsletters.

In this article, we hear from them about what goes into making email newsletters, what to know about managing them, and some tips about how to be successful with limited time.

Establish a Rhythm
Email newsletters with editorial content are like an update to the “blog” concept. Whereas blogs require  an audience to actively visit an individual website to read recent posts, an email newsletter platform, like Substack, directly emails users with new content. With editorial email newsletters, the problem of platforms is solved because email is universal. Almost everyone we spoke to said that it’s important to establish a rhythm to adding new content—they didn’t want to email their audience too regularly, and also don’t want them to forget why subscribers signed up.

Last year, Pablo Helguera read an article about Heather Cox Richardson, a journalist who launched her own Substack and became the most followed person on the platform. According to the article, Richardson earns millions of dollars a year through the $5 monthly subscription she offers to her audience. Soon after, Helguera started his own Substack account which he called Beautiful Eccentrics. “To be honest, my incursion into that medium was fairly ‘spur of the moment,'” Helguera explained. He had been looking for a way to communicate with his audience that was more long-form and allowed for more in-depth analysis than typical social media platforms, like Instagram and Twitter, allowed.

Helguera, who is a working artist and educator, wasn’t looking to monetize his emails, nor was he looking to use the platform to promote his practice. “We are sick of self-promotion. Rather I wanted to write about issues that concern the art practice that we all can relate to.” With Beautiful Eccentrics, Helguera publishes a weekly column, around 2,000 words each, that focuses on a specific area within this topic. With articles that explore what makes a good studio visit, or the difference between curators and museum educators, Helguera pulls from his experience as an artist with a background in the New York arts scene. “I just felt that the kind of writing done by Artforum, and theory journals, while perhaps necessary, does not satisfy the kind of conversations that many of us want to have in the art world,” Helguera explained.

Helguera’s Substack account is free to follow, and what makes it engaging is the regularity of the posts, quality of the writing, and consistency of the topic. Each week, he addresses a specific topic about the art world. “I set up a weekly rhythm, which seemed to me doable and not too overbearing.” Whether choosing to write once a week, or once or twice a month, email newsletters should clearly define how often their audience will receive an email. This clarity can help drive expectations and, in turn, sign ups.

Collaborate on Content Production
Writing a newsletter on one’s own isn’t the only way to create content. Last year, arts writer Rahel Aima started her own Substack, called Nightlife, which she described as a “newsletter about staying in.” Inspired by Paris Review’s “Culture Diaries” and other meandering writing formats, Aima asks writers and artists to contribute their thoughts and activities over a series of days. As we have all been asked to stay at home through the pandemic, Nightlife has provided a unique glance at the lives of others. Nightlife brings back some of the eccentric quality and diversion that the internet originally allowed before it became more corporatized. Aima does charge an optional subscription fee, which helps her pay the writers she selects.

Wendy MacNaughton started her email newsletter this year, called DrawTogether, which fulfills parents’ need to entertain, educate, and inspire their kids while schools have gone online during the pandemic. Known for her illustrations, watercolors, and drawn journalism pieces for publications like the New York Times and the Salt, Acid, Fat, Heat cookbook, MacNaughton’s DrawTogether project is designed for families and teachers. She and her team send emails twice a week—on Fridays to release a short YouTube drawing show and images of participating kids’ drawings, and on Sundays for paid subscribers to receive supplementary materials, like additional activities and interviews. “We say it’s a drawing show,” said MacNaughton, “but really we’re using drawing as a vehicle to grow kids’ curiosity, self-esteem and connectedness.”

The DrawTogether project gained initial support of Substack as a “pro deal.” With this seed funding, MacNaughton was able to hire a production staff of four part-time people: an editor, Kate Levitt, illustrators and designers Ishita Jain and Patrick Hruby, plus, MacNaughton who functions as a creative director.

While the funding from Substack was helpful, MacNaughton says that they receive “a smaller percentage of subscription fees than someone who is on the regular Substack model.” MacNaughton is using it as an opportunity to crowdfund for her project while building community, but so far, while the money from the newsletter has been helpful, “it’s far from enough to keep DrawTogether going.” The team has set up the project as a 501(c)3 so they can apply for grants and take donations. “DrawTogether is, in its own way, an art practice,” MacNaughton explains, “and like any artist, we fund our work in a lot of different ways.”

As one can imagine, putting together regular content for kids is a lot of work. “Be realistic about what you can and WANT to do,” MacNaughton advised artists thinking about starting their own newsletter, “and then get support in areas that either aren’t your strong suit.” Artists who make money from the newsletter, like MacNaughton, can think about how to put it back into expanding their reach, and developing content. But even if in its simplest form, artists should think about how creating a regular newsletter will put them in conversation with their subscribers. That means, says MacNaughton, “constant contact and being timely with issues. I’d recommend people try it for a few months before committing to some structured paying model.”

Being Mindful About Platform, Delivery, and Experimentation
Yanyi is a poet who has built a network of over 2,000 followers, some of them paid subscribers, with his project, The Reading, a free monthly advice column for writers and a community based on radical empathy for artists. On the first Sunday of each month, Yanyi responds to a reader message about a quandary they are facing. For paid subscribers, he offers additional “postscripts” to these Sunday letters, such as a prompt, anecdote, or related reading, and hosts “weekly discussions on craft and industry-related topics on a private Discord group that doubles as a community hub.”

Yanyi uses the platform called Ghost, which is a nonprofit company that funnels its profits to maintaining its open-source platform. He switched over after building a following on Substack because of reports that at least one Substack newsletter was being used to doxx, harass, and ridicule trans women on the lesbian and queer dating app, Her, among other virulently transmisogynistic behavior, and Substack took no action to respond to it. “I couldn’t continue working with them in good conscience,” said Yanyi, and he wrote a detailed essay about why he made the switch away from Substack. Plus, said Yanyi, “I don’t believe the technical platforms we use to make our lives as artists should be hoarded by Silicon Valley, and I’m looking forward to making good on my word.” He is doing this through teaching free seminars on starting paid newsletters for queer and trans writers and writers of color. He is also offering the same class for all writers on a sliding scale.

Despite some initial bumpiness, the transition from Substack to Ghost has been successful. “I’ve regained about half my subscriber base now. It’s not what I had but I’m very happy I made the change.” Yanyi also reports that the switch to Ghost sacrificed Substack’s built-in podcast hosting, but “everything else with the platform has been quite smooth,” including more control over the look of my newsletter site and the ability to add many integrations.

Whether using Substack or another platform, Yanyi suggests practicing patience and discipline. While his audience has grown significantly, Yanyi says that there were weeks when it seemed like the number of subscribers had hit a plateau. “I wasn’t always patient but I definitely learned to be.” Setting a schedule, and being strategic about community building, have played key roles to help Yanyi continue growing his following.

All the artists interviewed act as a type of weekly columnist or editor, which means that even in its simplest form, the email newsletter can be a lot of work. Before launching a newsletter project, artists should set up some parameters, some targets and goals, and think about the audience to engage through this medium. Like any other types of art project, experimentation, critique, and development are crucial to making email newsletters successful. When asked if the email newsletter is a sustainable platform for her to continue, MacNaughton responded, “I don’t know yet.” So far, she wrote, “the kids and families are getting something out of it, and the materials are being used in classrooms by teachers who don’t have art in their schools. So I’m proud of its impact.” But, she said, “DrawTogether is one big art experiment, newsletter included. We’ll see how it goes.” 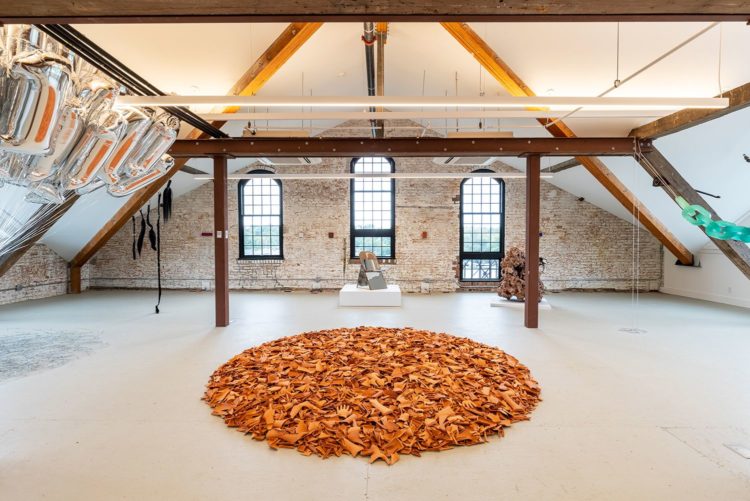 Artist Opportunities with Upcoming Deadlines in January and February 2022

Every month, Creative Capital compiles a list of residencies, grant, and award opportunities as part of our commitment to sharing resources and opportunities for artists working in all creative disciplines. These opportunities have deadlines in January and February 2022.